WHY. Why did I have to pick to start my journey in a place with so many damn bridges!!??! Seriously?! Was I trying to make myself hate this before I even got started? Traffic? Fine, throw it at me. At least we’re moving slow. Heck, I’ll jump on your car for all I care! Steep hills? Okay, a little scarier, but in the last few days I had begun to prove to myself that they were smallish potatoes. But bridges? Good golly, miss Molly, these California bridges were armed to the teeth with ferociously unpredictable wind.

Starting out significantly better dressed, with an overnight bag in tow, I said goodbye to Fairfax and headed into the city to stay with another friend in Bernal Heights. The rest of my belongings would be picked up at another time after the new rack had been fashioned. The fear demons were promptly at the ready to ride every breath in so that they might fill my blood with their consuming devastation. I combated the little buggers by softly cooing “fuck you” on repeat. I worked on capturing the sweet segments of joy that I had built up from my first ride and kept them burning in my chest. I was determined to make each mile more magical, or at least better laid, than the last.

After navigating some construction through a tiny town, the beautiful curvy road I had found the other day, laid out ahead of me. As I started to open the throttle, I looked over to a car in the oncoming lane that was stuck in traffic to see the back seat full of three girls who looked to be about eleven. All three of them were hanging out of the driver’s side window waving erratically with smiles of awe all over their faces.

YES! Who knows what made them smile and wave to me as if I were Beyonce. If it was my pink jacket, my cute little scooter, or the fact that I was a girl alone, I’ll never know. What I now realize is that, while it may just be me on these two wheels, young impressionable individuals are watching. With a well of inspiration waiting to be directed, they could see me, and think; “Well there’s someone who didn’t believe the people who told her she couldn’t, that she shouldn’t. There is someone who did exactly what she wanted. I can do that too.” With a wink and a nod to the girls, I took off into the sun kissed trees with the biggest smile enveloping my heart. If they believed in me, I could too.

Eventually, the beautifully cambered road turned out back into city reality, and “The Bridge” lurked closely in my future, but not without an appetizer of another fear.

I took one long, slow breath in as we leaned into the tightly curled on ramp. As the pavement started to straighten out, the throttle began to open up.

I was a tiny little ant hurling itself down the right lane. There was no wobble, there was little wind, and no one seemed to wish to squish me. I thought back to those girls, and I forced a smile over my frozen face. The sound of a highway, as heard in a helmet, is no contest as to what is heard from an open window of a car. Imagine yourself at a mechanical processing plant inside of one of those very large, very complex metal machines with lots of moving parts. Then look down to realize you are one spec amongst all of the other chomping parts, now add sound. If you can still read this over all that sound, you are doing great!

As there was substantially less traffic than my last bridge endeavor, I quickly realized that I would be battling the White Snake of wind-fog at speed. I bet you can imagine how amazingly excited I was about that. As the hurtling beasts of plastic and metal rounded the bend after the Rainbow Tunnel, I saw that the bridge was wrapped in the body of the White Snake. The howl of wind again started beating about me from all sides. Determined to not let this foul vermin win, I hunkered down into my “battle scooter” stance. I had scoured the Internet trying to find tips on how to fight the wind after my last dance, and this is what I got: elbows out, shoulders lowered, core engaged, eyes narrowed.

Championing the right lane of the Golden Gate Bridge, Jolene and I ebbed and flowed each hurtle of wind which begged to send me either into pedestrian traffic, or into the car next to me. The White Snake jibed and jabbed and I, somewhat manically, laughed into its face. As I took my exit after ‘The Bridge’, and began to unwind the stiff sinew that was now my upper body, I realized, that while my shoulders will resemble the Hulk after this whole thing is said and done, I think ‘Battle Scooter Stance’ is going to work out. 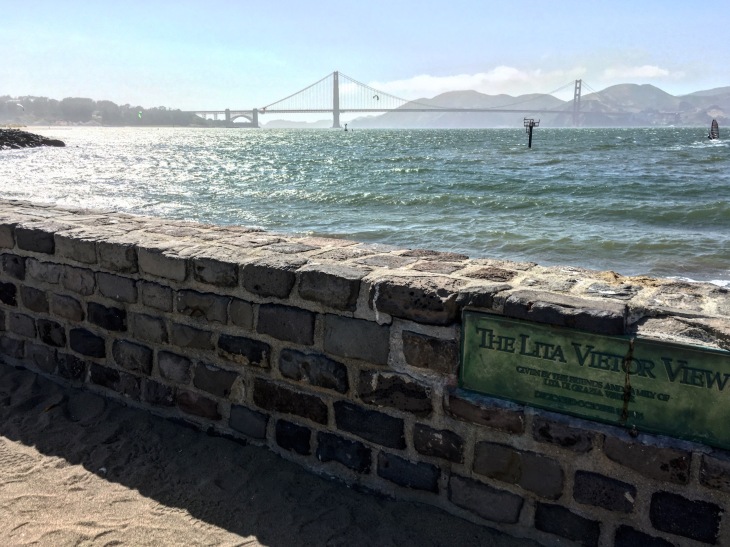 Going deeper into the city I continued to up my learning quoata at full speed:

-Backing down into a garage on a steep road on an even steeper driveway while trying not to hit the car that is parked inside. (Yep, super fun)

But, I did it. I just kept breathing, and trusting that whatever would be thrown my way, that I would be able to figure it out in the moment. I would just keep listening to the bike, anticipating how she would react to what laid ahead (while trying to divide my eyeballs into those of a spider so that I might see absolutely everything around me at every second). I figure hey, I could spend my entire life planning for all the terrible situations I MIGHT get myself into, or I can just tackle them as they come. I have, probably more than most, a heaping sense of trust that “it” will all work out. I also am pretty sure I have an army of guardian angles following me around with AK-47’s blasting whatever deathly nonsense I have gotten myself into out of my way. Regardless, parking the scooter for the night, I was excited to spend time with one of my oldest friends and, in a few days, tackle the rest of my scooter rack build. 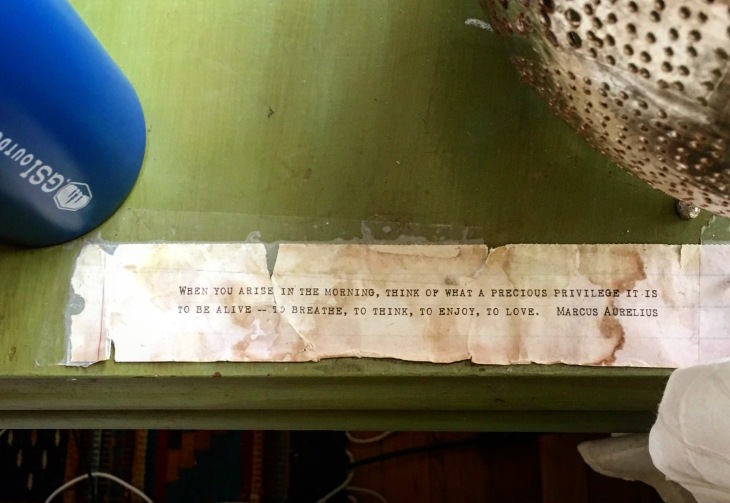 Rest, my sweet Jolene, the “REAL” adventure lays just around the bend.